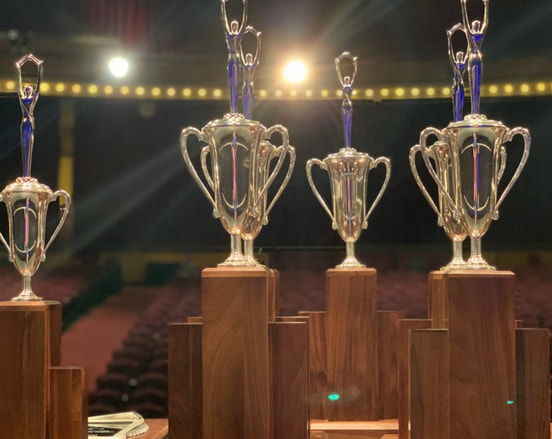 Debate: trophies to the top 5 schools based on the points earned by the school's top three entries in Team Debate and/or Lincoln-Douglas Debate and/or Public Forum Debate and/or Student Congress. These trophies shall be named the Eleanor E. Wright Awards of Excellence in Debate.

Speech: trophies to the top 5 schools based on the points earned by the school's top three Speech entrants. These trophies shall be named The Founders Awards of Excellence in Speech.

Overall: trophies to the top 5 schools based on points earned by the school's top three entrants as follows:These trophies shall be named the Daniel S. Masterson, Jr. Awards of Excellence in Forensics. The Cardinal Wright Memorial Diocesan Award shall be presented to the diocese whose top ten entries accumulate the most sweepstakes points at the National Tournament that year.

​The Cardinal Cooke Memorial Diocesan Award shall also be based on the top ten entries from a diocese, but it shall be a cumulative total award. Each year, the recipient will return to a total of zero and begin to accumulate points again. All other dioceses will carry their totals forward to the following year.